The Best Souvenirs To Take Home From Cyprus Vacation

What to bring home from Cyprus vacation? Which gifts are the best to buy and where can one find them? Which object brought from the island will remind its owner about the wonderful holidays? Wine, olive oil, embroidery, glass and jewelry, folk art, icons and other religious items – our review covers all of these and more.

Olive oil production in Cyprus goes back to ancient times and is closely connected not only with cuisine, but also with culture, history and economy of the island. The olive branch – a symbol of peace, is even depicted on the coat of arms of Cyprus.

It is believed that as early as in the XIIth  century growing of olives was the main agricultural occupation on the island. Wild olive trees, known as incredibly endurable, were spread there at the time: their lifespan is up to 2,5 thousand years.

Today Cyprus is in top-20 countries where olive trees are grown. There are more than 2,5 million olive trees on the territory of the island; more than 10 thousand tons of olives are gathered from them each year.

The oldest olive tree on the island is more than 700 years old and more than 10 meters wide. It is located between Agia Marina and Xyliatos villages.

Olive oil is produced not only at big factories. Local oil mills are still popular and often allow tourists to fill their bottles with fresh extra virgin oil. While oil is being filtrated, visitors can try different types of oil, home-baked bread, coffee or wine. If you want to buy oil at one of such mills, it is best to do it in since October until March, during the harvest time.

Is is possible to buy good olive oil in a store in Limassol or other city? Yes, but be sure to read what the sticker on the bottle says. The best quality oil is obtained solely by mechanical means or by first cold pressing. What is humbly called “olive oil” had been already refined, which means oil lost some of its useful elements.

Which types of olives can be found on Cyprus? One of the most famous is called koroneiki (these small berries are often being pickled). Other local and Greece olives are called konservolea, kalamata, megaritiki and kolovi. Olives are usually bought stuffed, whole, chopped or sliced. We recommend vacuum packing for those who want to take some home.

Carob tree is an evergreen tree in the pea family which has been cultivated in the Mediterranean basin since ancient times. The importance of carob for Cyprus is so crucial that local people respectfully refer to it as the “black gold”.

Carob tree can grow up to 6-12 meters, and its ripe, dried pod is often used in cooking and in medicine.

An interesting fact: in ancient times people used carob seeds as a measure of weight. Each seed weights 200 grams – precisely as much as carat, widely used in jewelry.

Cocoa without caffeine is a very popular carob product: the drink is still tasty, but is much healthier than coffee and can be used without restrictions.

Other products, that can be easily found in health-food stores and even supermarkets in Cyprus are carob bars (that taste like chocolate, but, again, are healthier) and sweet syrup widely used in gastronomy, especially in desserts.

Carob products are considered to have preventional and immunomodulatory effects and are good for diabetics and allergic individuals.

Carob products are not only unusual for many of us, but are also a perfect souvenir from Cyprus for those who care about healthy living.

Cyprus wines are the must for almost all of the tourists. It is also not surprising that most of them want to take a bottle or two at home as a present or for some special occasion.

The main wine-making districts in Cyprus are the areas next to Limassol and Paphos. Xynisteri, Maratheftiko, Muscat, Mavro and other grape varieties are grown here.

The oldest and the most famous Cyprus wine is called Commandaria. This sweet dessert wine was mentioned by ancient Greek poet Hesiod who referred to it as Cypriot Manna – sacramental wine. Commandaria is the name of the area where wine was produced by Knights Templar and later Hospitaller and from where it was first imported to Europe.

Zivania is another popular drink, which is based on wine. Being 45% by volume, it is produced from a mixture of grape pomace and local dry wines.

There is a number of wine-making villages in Cyprus, where visitors can not only try incredible local wine, but also buy some for the friends and family. It is also possible to talk to the owners of home-wineries and explore museums dedicated entirely to wine. 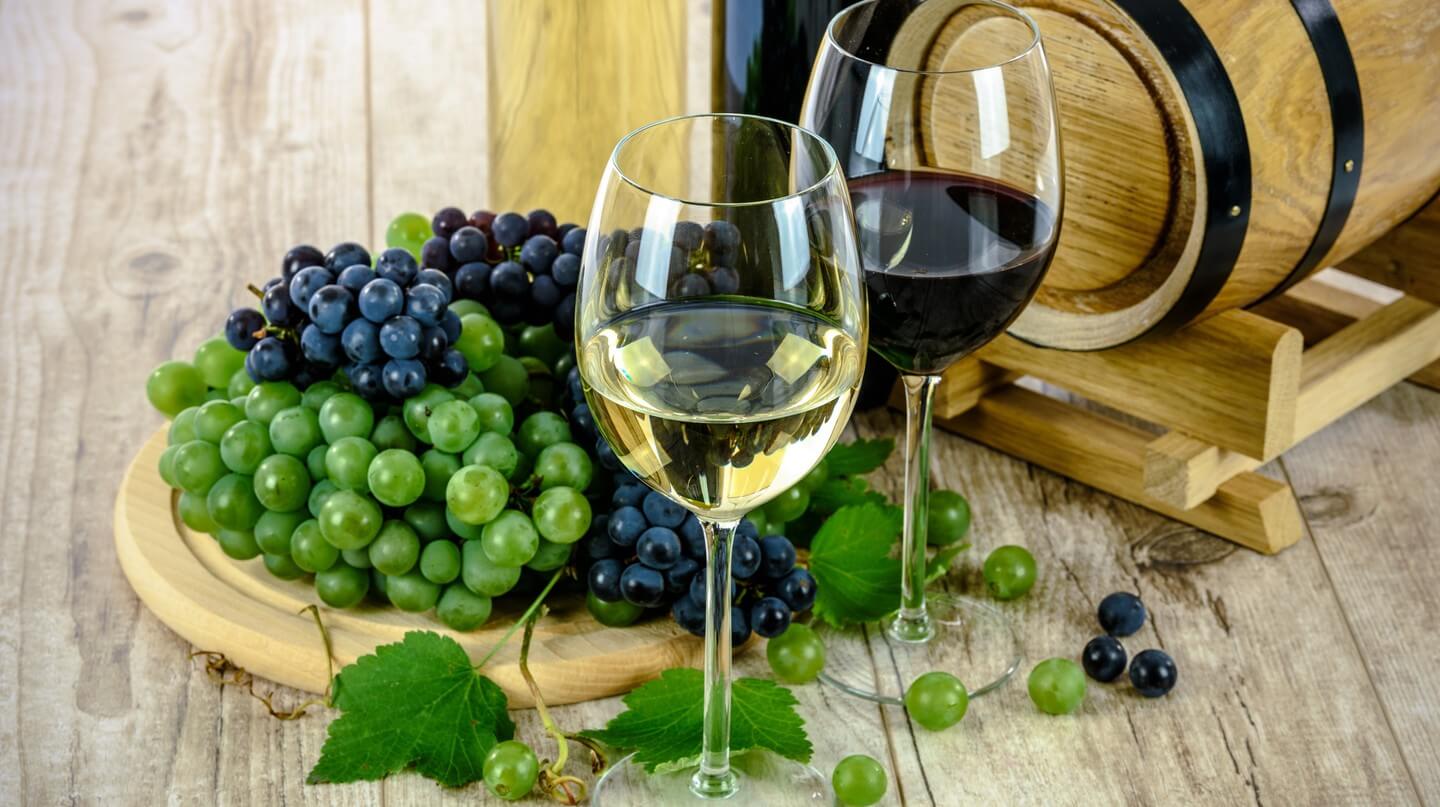 Jam and other sweets

Sweets have a special place in culture of Cyprus. Traditional fruit jam can be seen on the table in a Cypriot house in all seasons, while something more special, such as walnut jam, may appear a perfect gift from the island.

Other sweets, popular among Cypriots and tourists, are παλουζές made from grape syrup, churchhela – nuts in frozen grape juice, traditional pies with anari cheese and cinnamon, semolina cakes, Turkish dessert muhallebi made from cornflour, rose water, sugar and icecream, and such sweets as baklava and rahat lokum.

We also recommend to pay special attention to Cyprus honey, known for its curative and nutritive properties.

Finding sweets is easy – they are sold in small shops, malls and in the markets.

Halloumi cheese is known and loved well beyond Cyprus – the island it originates from.

This brined product is made from a mixture of goat’s and sheep’s milk (sometimes with some cow’s milk also). It does not melt at high temperatures, which makes grilling and frying the best way of preparation. Mint gives halloumi a special scent and taste. Fried cheese goes well with meat, vegetables, seafood and even fruit.

You can find halloumi in any store on in the market: it is sold either in vacuum packing (which is convenient for transfer) or by weight. This cheese is most often salty but, if necessary, it is possible to find it almost without salt. 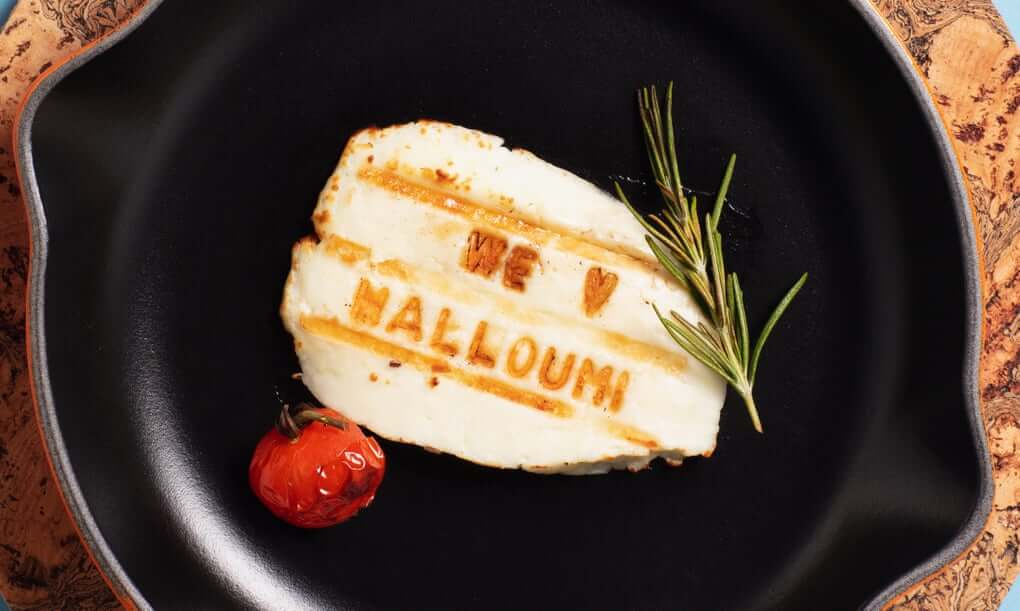 If you want to bring home from holidays something more stable than food or drinks, we recommend you to consider silver jewelry, made in one of Cyprus mountain villages called Lefkara.

This scenic place is located between Limassol and Larnaca. Lefkara residents have been making silver jewelry and embroidery for the past 500 years.

Unusual bracelets, necklaces and earrings made from filigree silver covered with white gold (to protect material from darkening), which local silversmiths braid from thin silver wire, are sold on every corner of the village.

Lefkara village is also well-known for its unique embroidery. Groups of women sitting in the streets have been working on their fine embroidery for centuries. Laces are usually used for tablecloth and kitchen paper decoration. They form complicated geometric patterns, that look the same from the both sides.

This kind of embroidery called lefkaritika is made only in Lefkara village and it is on the UNESCO Heritage List. Tourists can buy Lefkara embroidery in one of the numerous shops in the village.

Another village on the island of Cyprus famous for its lace is also located not far from Limassol and called Omodos. Local embroidery is made in the “knot to knot” technique and is considered to have roots in the early period of Byzantine rule. All the laces are handmade. Secrets of crocheting stay within the village. There is even a small museum dedicated to the art of embroidery in Omodos. 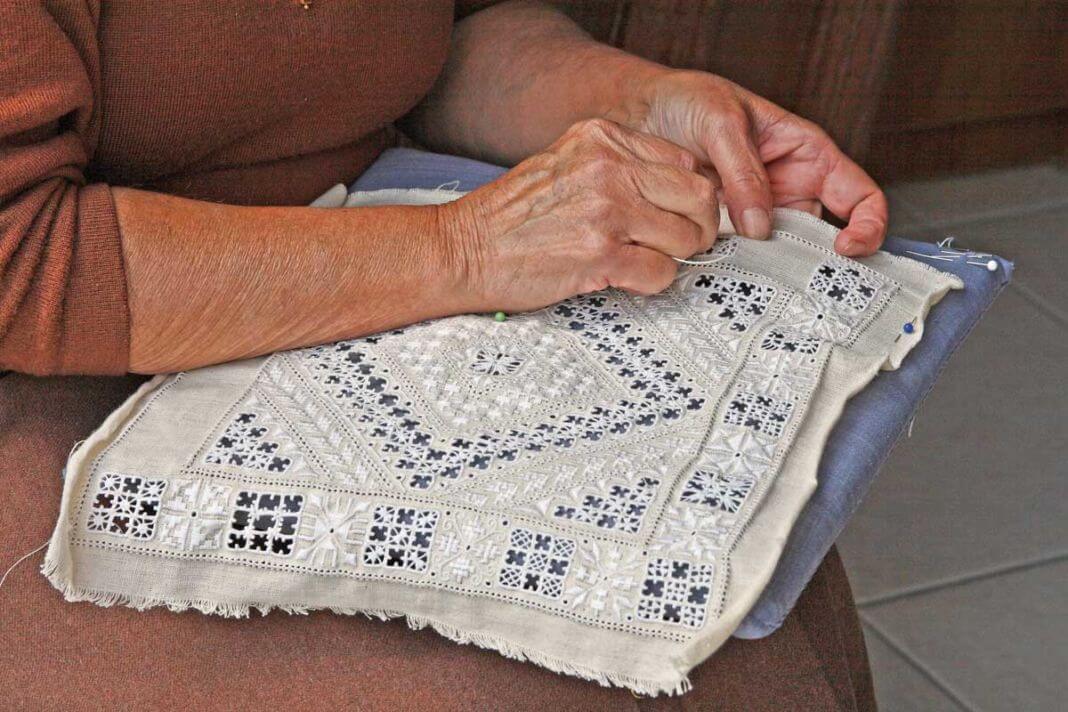 Local natural cosmetics can become a gift that is not going to be put on the shelf and forgotten. It may contain orange and lemon peel, honey, rose water and, of course, olive oil.

Visitors of the Rose Factory in Argos can learn how Cypriots make organic cosmetics from rose-leaves. After excursion around the factory they are encouraged to buy soap, creams, shower gels, perfume and body lotions right here.

Natural cosmetics with olive oil is also sold in specialized stores. Best before date of such products can be comparatively close (in 6 months, for example), so it is always better to check the sticker on the bottle.

Natural cosmetics should be kept in fridge.

Objects made of glass, ceramics and bronze may be a good present from Cyprus. This kind of souvenirs can be easily found in gift shops all over the island and in folk art boutiques.

Glass donkey figure is one of the most popular souvenirs from the island. 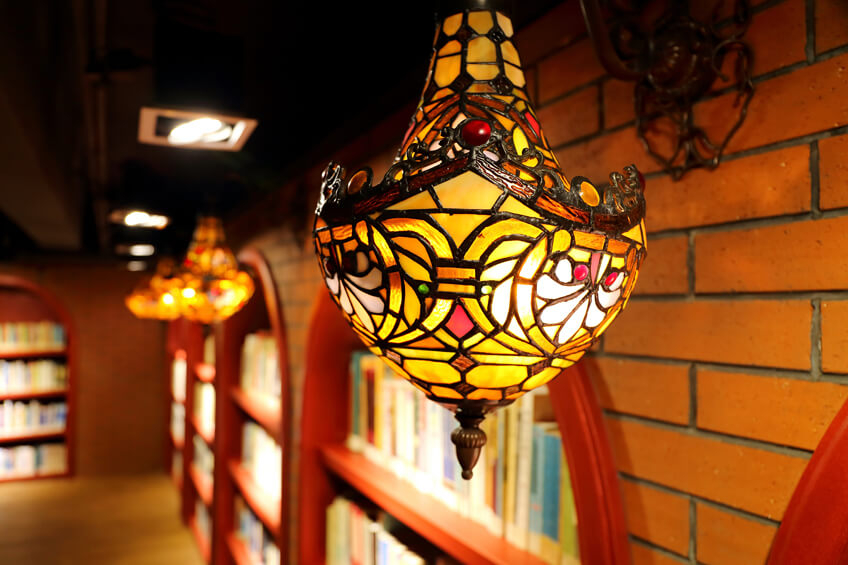 Icons and other religious items

For many centuries pilgrims from all over the world have been gathering in Cyprus – the place with rich spiritual history, famous for its beautiful orthodox churches and abbeys.

All kinds of religious souvenirs – printed and handmade icons, lampads, thuribles, candle holders, crosses and many others can be found in any church shop on the island. They will not only keep memories about vacation, but also remind of centuries-long orthodox history of Cyprus

Whether you are a villa holiday pro or never considered one before, make 2021 the year of the villa holiday – when the world of resort and hotel holidays seem a bit uncertain, you can be sure a stay in a villa will be ten times safer (and more enjoyable, to be honest!).

Book your next Cyprus villa holiday with us. Let Z&X Holiday Villas personalized planning, support and deep knowledge of the area will help you to set up a vacation to remember.

Via Cyprus For Travellers