Beyond The Beach In Cyprus: The Troodos Mountains

The rugged Cypriot coastline provides some of the most idyllic beaches in the Mediterranean. Paramali Beach in Limassol, Aphrodite’s Rock in Paphos – these are the sorts of relaxing oases that pop up on your friends’ social media feeds and make you weep with envy.

But there is a lesser-known, equally stunning part of Cyprus that offers outstanding natural beauty, cultural fascination, and a palpable sense of tradition and heritage: the Troodos Mountains.

Platres – home of the Brandy Sour

Platres – home of the Brandy Sour and destination of choice for King Farouk of Egypt, who reportedly invented the drink. The British took control of Cyprus in 1878, and unable to handle the heat of the coast, they took to the hills of Troodos to build their bars and hotels.

This tiny village is no longer the tourism hub it once was, but its leafy, hilly terrain and cooler climate make it immensely popular among hikers, cyclists, and young couples seeking a break from the bustling heat of the cities. Weekend trips are popular and in winter it becomes a busy base for cross-country and downhill skiers.

There are more than 30 different allocated hikes around Platres, the most famous being the Caledonia Trail leading to the Caledonia waterfall – one of the highest in Cyprus. This is a 3km mid-level climb that takes roughly two hours to complete, twisting and turning over the little bridges that criss – cross the Kyros Potamos River dozens of times. The sun peeps through the canopy of golden oaks, Calabrian pines and strawberry trees, and the nightingales – which famously sing all day and night in Platres – provide a soothing soundtrack to the walk. It’s thirsty work, and once you are back you will be needing some refreshment in the local restaurants.

This refurbished space is in the process of being turned into a museum and tourist center. It’s currently used as a weekend marketplace, where the focus is very much the uses and properties of lavender – of which, it turns out, there are hundreds. Stalls manned by smiling locals displayed liqueur, biscuits, cakes, massage oil, bath salts, cosmetics, cold drinks, and spritz sprays all made with mountain lavender. 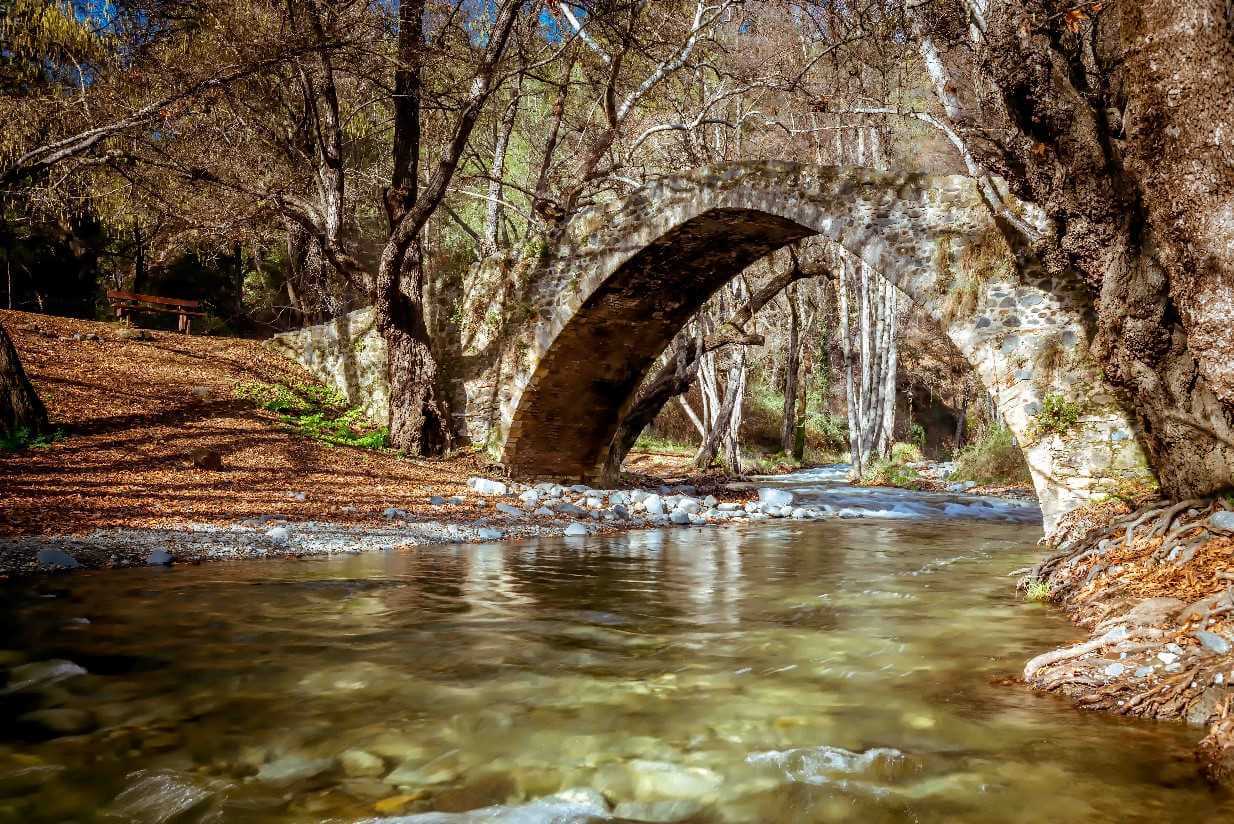 This small village holds a wine festival in August, and almost every stall or shop will offer you a little taste of its own koumandaria: the sweet wine of Cyprus. Omodos is the picture postcard mountain village, ideal for couples looking to spend a lazy afternoon exploring.

Driving through the rural communities scattered across the region gives you an appreciation for the unique beauty of each one. Forty-five minutes of ear-popping mountain driving through hills alive with the colourful springtime shrubbery brought me to Kakopetria. 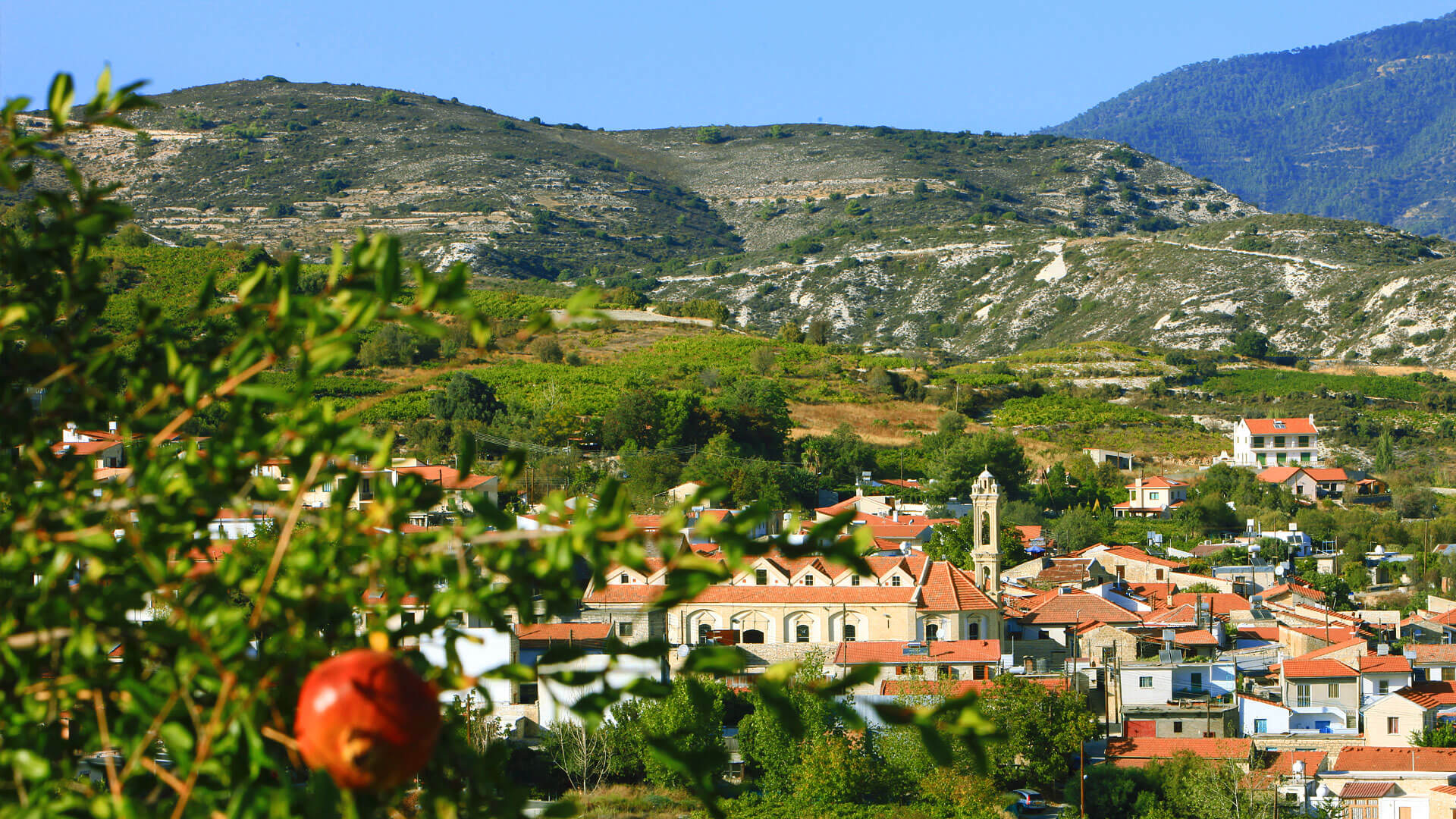 Kakopetria – for the heritage tourists

This is an affluent area with charming boutique accommodation options. Head to the Church of Agios Nikolaos tis Stegis (St Nicholas of the Roof) for a look round the Byzantine frescos adorning its walls. Perfect for heritage and culture tourists, or families looking to explore the area.

Head to The Mill for lunch and while you are there be sure to do three things: order the trout, it’s the restaurant’s signature dish and is truly delicious; talk to the owner, he’s another big character with a fascinating back story; get a table outside overlooking the mountains. Watching the starlings weave in and out of the rafters after some trout, some cold Cypriot white wine and the sound of the Karkotis river running along beneath is making the atmosphere very relaxing. A real highlight.

On the way to Kalopanayiotis, you will pass Troodos square, a blustery, modern-looking starting point for hikers, with kitsch hotels and cafes, and stalls selling aphrodisiacs and CDs. It was a stark contrast to the traditional, rocky landscape of Kalopanayiotis. Here the landscape is of tiled rooftops, ancient heritage sites and verdant cliffs. At the heart of the village is Casale Panayiotis, a luxury hotel and spa with an emphasis on local living. 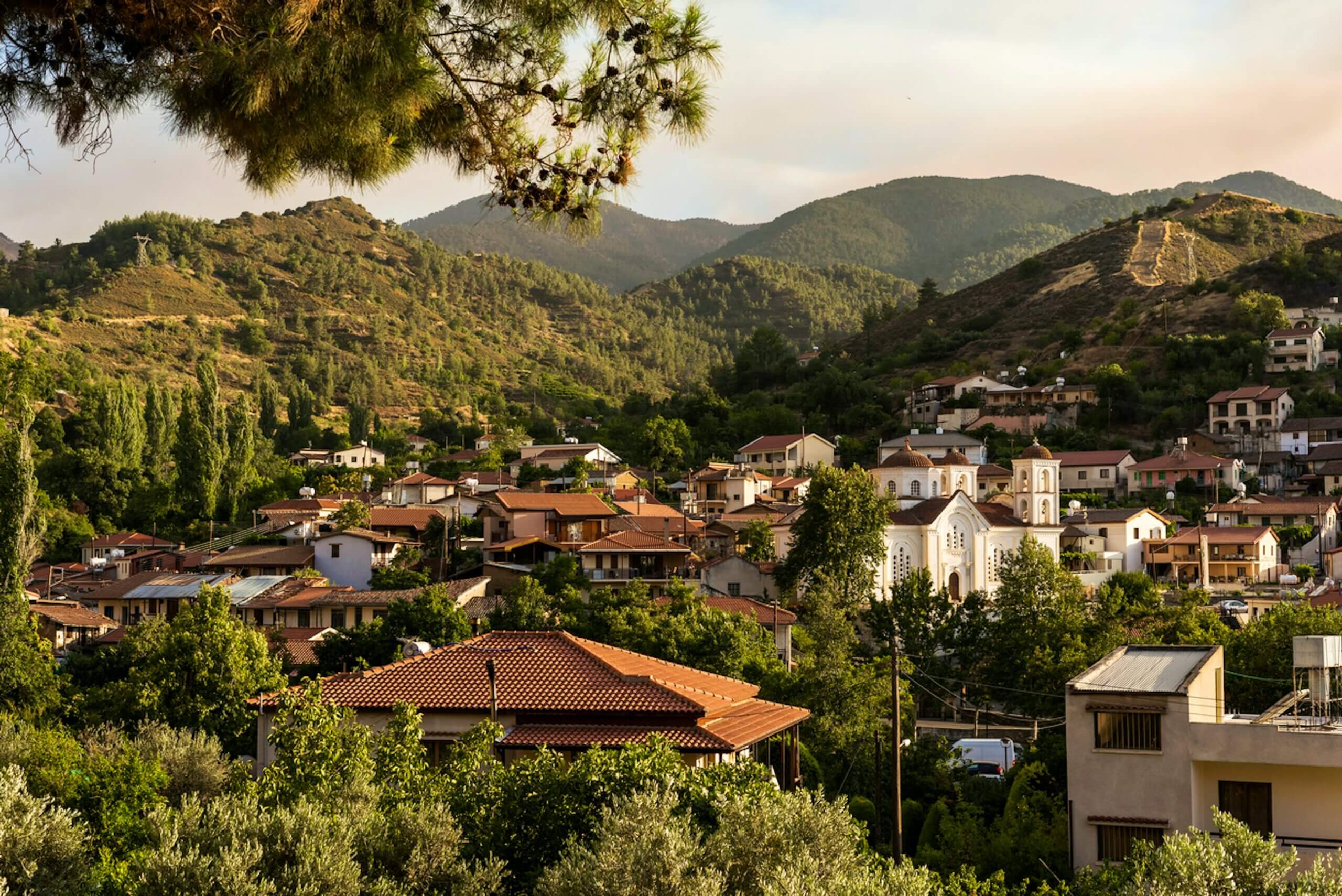 The hotel was founded by a local businessman who moved from Kalopanayiotis to Dubai to set up his company. He visited the village 10 years later and was so devastated by the state of it that he set up a revival project helped by EU funding. The hotel is part of that project, and as a result the different rooms, treatments, and dishes are all named after local village history and stories.

It makes for a luxurious base for people wishing to discover the Byzantine churches and hidden walks of the surrounding area. You can walk to the Agios Ioannis Lampadistis Monastery via the famous sulphur springs which can be found at the banks of river Setrachos next to the Venetian bridge. The springs were once used by local women to wash clothes, and the waters, now used in the hotel spa, were known for their healing properties.

A slightly higher climb leads to the 12th-century Theodkepastis Chapel. The name means ‘covered by God’, and the chapel itself is covered and hidden by a 700-year-old tree. Women from the village come and pray at the chapel, often staying overnight.

A lovely hidden walk back to the hotel takes you to the Watermill – recently declared a heritage monument by the Cyprus Department of Antiquities – and through fields of wild flowers, fennel, and bay trees.

Combo trip – best of both worlds

While a trip to the mountains is just as good as a trip to the coast, it really doesn’t have to be an either/or situation. With some of the best beaches in Cyprus within an hour and a half’s drive from Platres, our advice would be to combine a sun-worshipping Instagrammable few days in Paphos with a soul quenching peaceful drive around Troodos.

If you wish to book for Autumn 2022/Winter 2023 or wish to make a booking for next year, please contact us below and we will be more than happy to assist.