Looking to spend Christmas somewhere different – we have got you. A white Christmas is not how most of the world celebrates Christmas! If you are after some warmth and sunshine, why not head to Cyprus? Discover the beautiful ancient churches, eat healthy Cypriot food throughout the festive season and join the many celebrations locals have.

Best Places to Spend Christmas and New Year in Cyprus

Most of the population in Cyprus is Orthodox and Christmas and New Year are widely celebrated all across the island.

The largest city in Cyprus is also the most festive. Known as the cultural hub of the island, Nicosia is the perfect destination if it’s your first time in Cyprus during wintertime. Discover its many bars and cafés, museums, and ancient churches during your visit. Enjoy the festivities including the Paramithoupoli Christmas Park. You can visit some beautiful churches during your visit, to make Christmas and new year wishes. St. John’s Cathedral, Bedesten St Nicholas Church, and Church of Archangel Michael Trypiotis are amongst the prettiest. 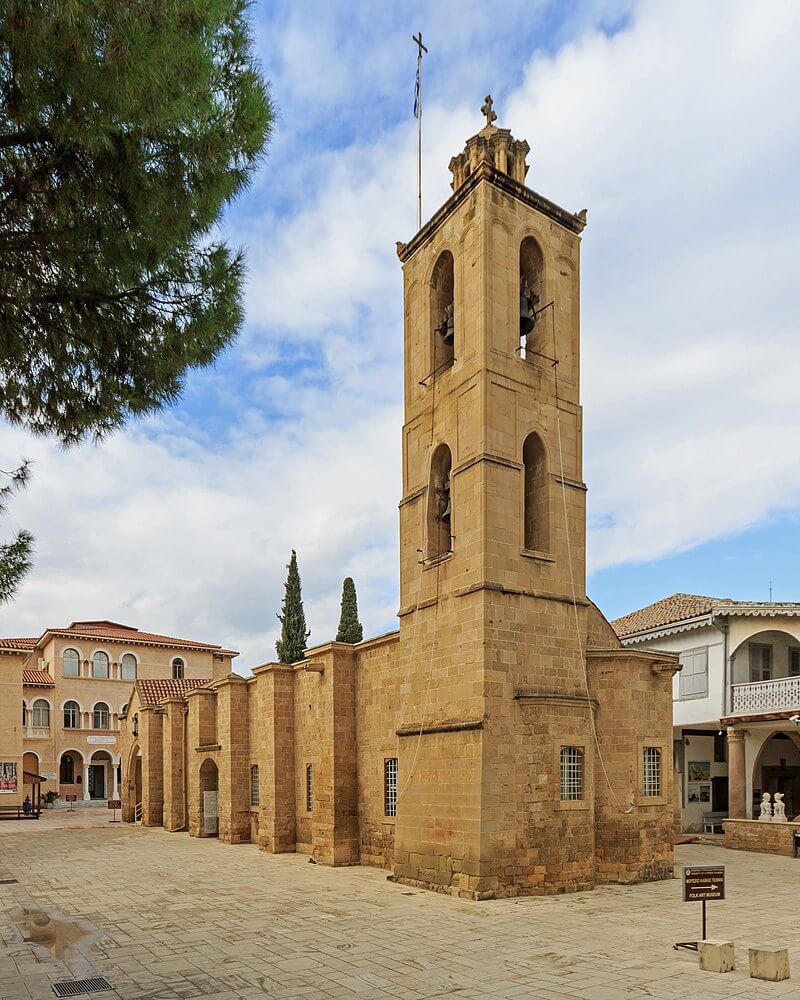 Paphos is a historian’s dream town with medieval baths, catacombs and one of the South’s richest archaeological locales, the Paphos Archaeological Site. Along with Tombs of the Kings and Hrysopolitissa Basilica, these sites are better to see under the winter sun. If you are brave, you can try to go for a swim but it tends to be rainy in Paphos in December. 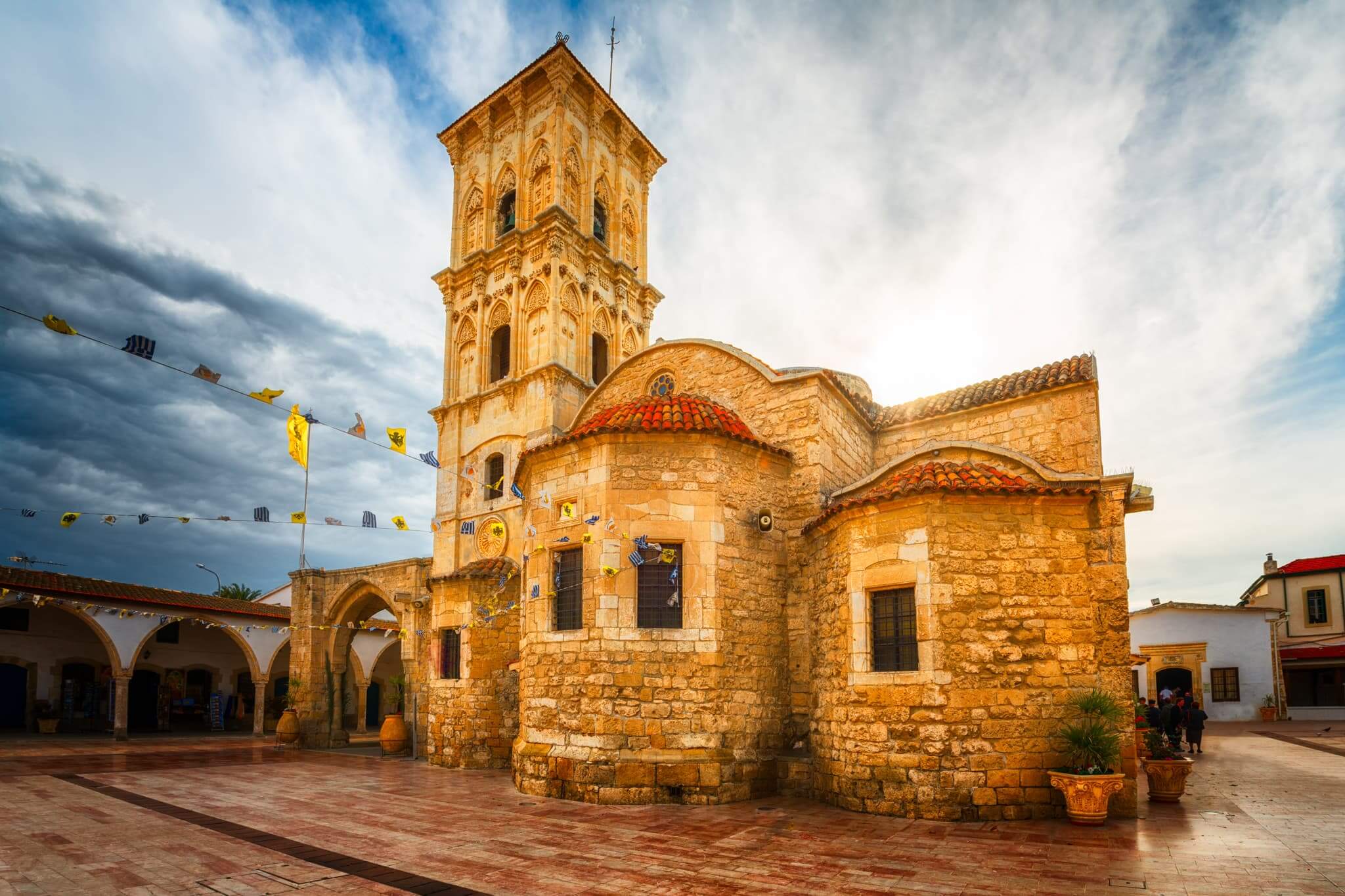 When is Christmas Celebrated in Cyprus?

The principal religion of the Cypriot population is Orthodoxy, and so Christmas is celebrated all across the island. Orthodox Christians celebrate Christmas on 7th of January. However, most people in Cyprus celebrate Christmas on 25th of December rather than the traditional Orthodox date in January. New Years’ Day is also called the Day of Ayios Vassilis (also the local Father Christmas). Some families still follow the Greek Orthodox tradition of exchanging gifts on Ayios Vassilis Day on January 1 along with the New Year’s ‘vasilopita’ with its coin inside. 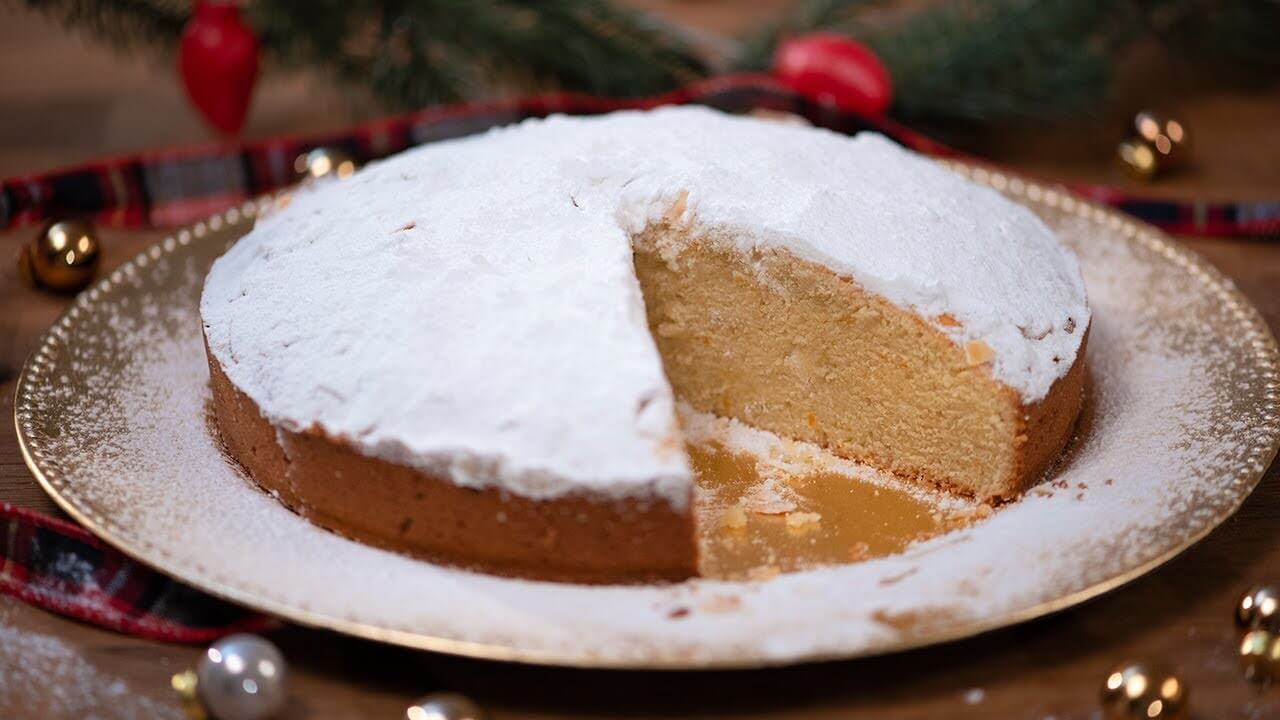 Some well – known Christmas traditions such as door – to – door caroling and leaving cookies and milk for Santa Claus are popular in Cyprus too, but the Cypriots have many other traditions. In some villages on the island, people play an ‘olive branch game’ where they make a cross with an olive leaf and throw it in the lit fireplace. If the olive branches crackle and jump when thrown in the fire, the person who threw it is loved back by the person they love. Another tradition comes from the Orthodox religion. In the Orthodox tradition, 6th of January is the date of Christ’s baptism. On this day, people gather at the seaside and a bishop throws a big cross in the sea, and people dive into the cold water to find it. If jumping in freezing waters in January doesn’t work for you, then you may prefer enjoying the many traditional Cypriot foods instead.

Food is, as always, the jewel of Christmas in Cyprus too and with good reason. Food is diverse in Cyprus; bringing together influences from Turkish, Greek, and Middle Eastern food cultures. Though some things are more popular than others, such as halloumi and sheftalia kebab. During Christmas, sweets and desserts are especially preferred by locals.

Gennopitta or Christopsomo (the bread of Christ) is a decorated Greek bread made on Christmas Eve. It’s a soft and sweet bread, symbolizing goodwill and it’s not supposed to be cut with a knife but shared by hand. Two popular treats of the Christmas season are melomakarona (cinnamon and orange cookies, glazed in honey syrup and covered with nuts) and kourabiedes (almond biscuits coated with icing sugar), also known as kurabiye. A New Year’s Eve tradition is to eat Vasilopita, an orange and mastic-infused cake, with a glass of red wine on the 1st of each new year. On this day, Cyprus’ Santa Claus Saint Vasilis’ brings gifts. Hidden inside Vasilopita, there is a hidden coin, and whoever gets the piece with the coin is believed to have a lucky year ahead. 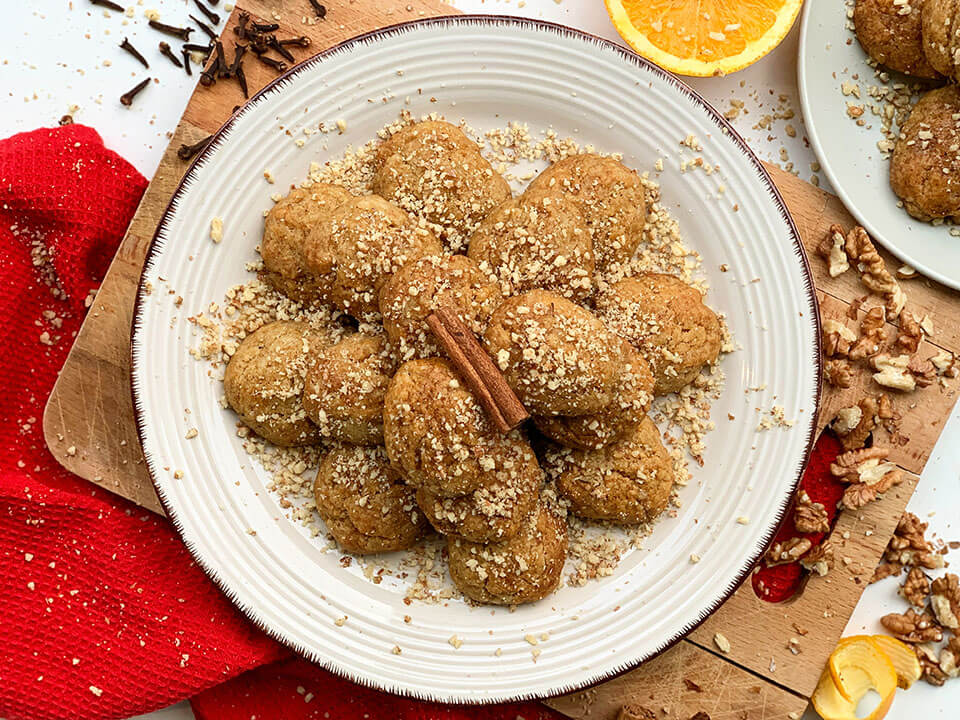 What is the Weather Like in Cyprus in December?

The weather in Cyprus in December can be rainy, but not always. The temperature varies in different cities, and the high can be up to 20 degrees Celsius some days. The average temperature can be around 19 – degree Celsius in coastal towns, and inland it can go up to 17 – degree Celsius. You will still be able to get plenty of sun during this time of year. So are you ready to book your tickets to Cyprus? If you are, book your private Christmas holiday villa with us. We wish you a merry Christmas and a happy new year!

Book Your Next Cyprus Villa Vacation With Confidence!

If you wish to book for Winter 2022/Summer 2023,  please contact us below and we will be more than happy to assist.